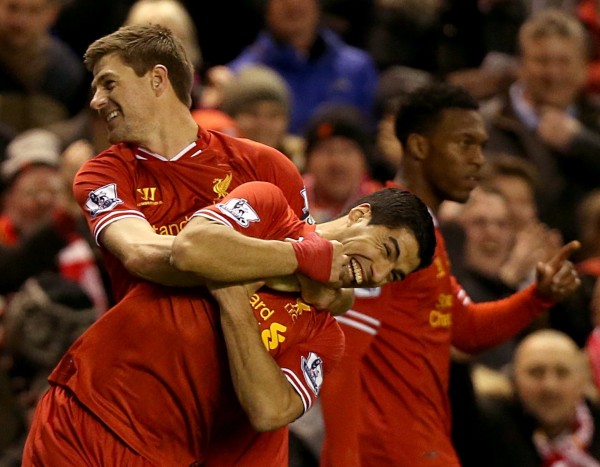 Scholes reckons that England need to play with Liverpool’s “swagger” and try to emulate Brendan Rodgers’ side’s penchant for coming flying out of the traps and blitzing their opponents early on.

“It would be refreshing for England to adopt Liverpool’s attacking mentality, that means four – and possibly five – Liverpool players in the starting XI.”

“The thing I admired most was the swagger of their play and how they terrorised opponents, which reminded me of United at their best.

“At the heart of Liverpool’s rise were captain Steven Gerrard, Daniel Sturridge, Raheem Sterling, Jordan Henderson and Glen Johnson, who are all in Hodgson’s 23-man squad.

“I’d definitely start with Gerrard, Sturridge, Henderson and Sterling. The question mark is Johnson at right-back.”

Now, there is nothing Pies would love to see more than England actually try to score a goal from open play for once, but we think we’ve identified one small snag with Scholes’ solution: England don’t have a 30-a-season Uruguayan striker who is capable of winning games on his lonesome and makes almost everything happen for them.

Apart from that, it’s rock solid.