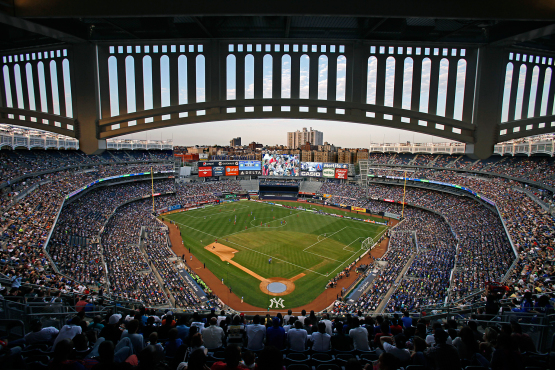 It may well have been a meaningless, instantly-forgettable jumped-up friendly game between two Premier League second-strings as part of a commercialised off-season promotional tour, but more football fans packed in to Yankee Stadium last night to watch said friendly between Liverpool and Man City than any of the New York Yankees home games last season.

Don’t just take our word for it…

Obviously there are some mitigating factors (MLB baseball teams seem to play about 400 games a season, the post-World Cup bubble, we’re talking about one game here, etc, etc) but it definitely looks like football/soccer is steadily on the up-and-up Stateside.

By the way, the game finished 2-2 after 90 minutes with Liverpool going on to win 3-1 on penalties…