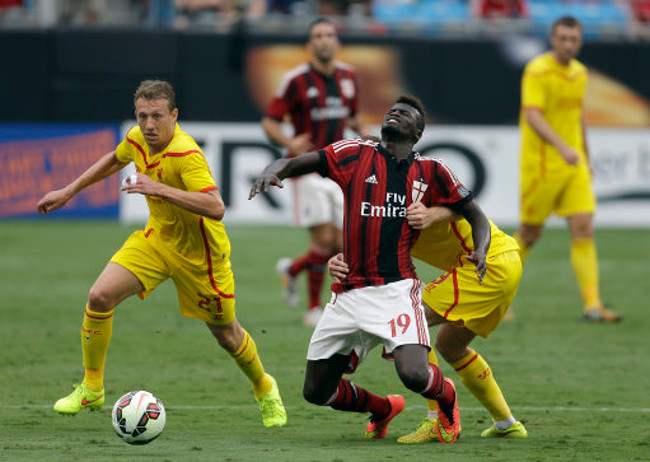 With Manchester United already through to the final of the International Champions Cup competition, old rivals Liverpool beat Italian Milan 2-0 in Charlotte to set up what should be a cracking final.

Joe Allen netted early on before Suso sealed the deal late on for the Reds against a strong Milan side. Liverpool were without Daniel Sturridge who returned home to England after tweaking a hamstring but the front trio of Rickie Lambert, Jordan Ibe and Raheem Sterling kept the Milan backline busy.

Roll on the final on Monday in Miami!