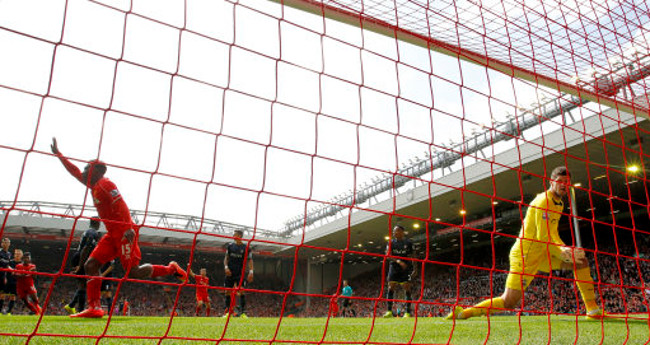 Sterling opened the scoring on 23 minutes after a superb trhough-ball from Jordan Henderson but the Anfield floodgates failed to open, with Ronald Koeman’s new-look Southampton giving as good as they got. Indeed, the Saints got themselves back on level terms on 56 minutes when Nathaniel Clyne fired home after superb play from Dusan Tadic.

Steven Davis missed a fabulous chance for the Saints to take a deserved lead before Sturridge won the game for the home side, netting from close-range late on.

Brendan Rodgers’ charges will have to do better than this if they are to launch another serious title tilt. Southampton, on the other hand, look like a side capable to defying the critics and surviving the summer firesale.