During Chelsea’s comfortable 3-1 win away at Burnley on Monday night, Blues’ fans kept themselves amused by singing of Steven Gerrard’s infamous title-wrecking slip up last season. However, Anfield legend and homophobic abuser of Graeme Le Saux, Robbie Fowler, wasn’t having it. In response to the Stevie G abuse, Fowler Tweeted a photo of Blues legend John Terry’s penalty-wrecking slip in the 2008 Champions League final.

Fowler eventually decided to delete the offending Tweet, but here it is in all its glory… 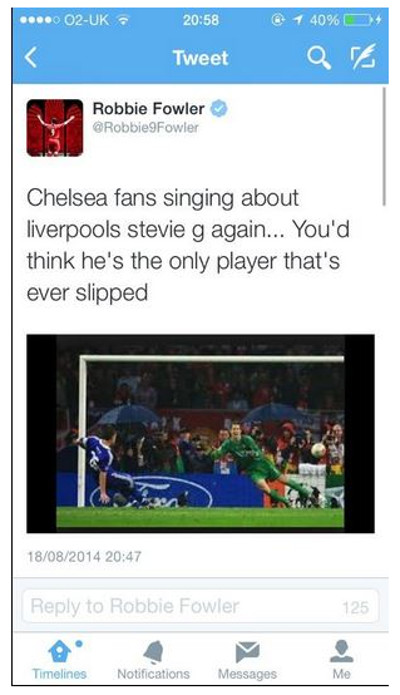