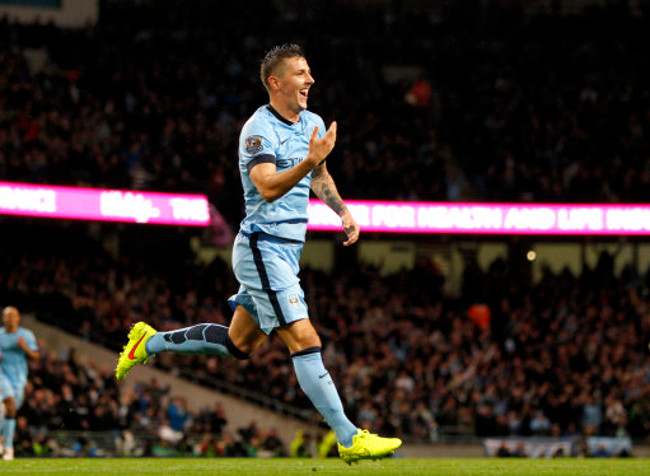 Mario Balotelli won’t have been too impressed with his new side on Monday after watching the Reds go down 3-1 at the Etihad.

While the Italian has been bought to bolster Liverpool’s attack it is in defence where the weaknesses were against man City, with Spanaird Alberto Moreno’s error allowing a rejuvenated Stevan Jovetic to fire home on 41 minutes. After the break, the Montenegran then made it 2-0 after some superb interplay with Samir Nasri before sub Sergio Aguero sealed the deal for the Citizens.

A Pablo Zabaleta own-goal did give the visitors hope late on but overall Brendan Rodgers’ side looked short of matching last season’s title-challenging performance. As for City, they looked assured throughout and ready for another big season.