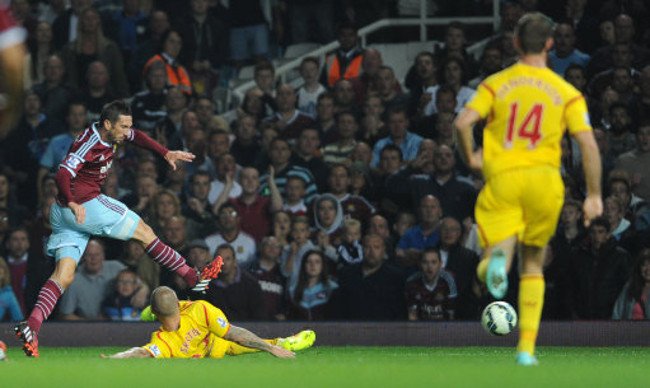 Liverpool’s poor start to the new season continued with a disappointing defeat away to West Ham on Saturday.

The Hammers started superbly and were 2-0 up within seven minutes after Winston Reid headed home from close-range and then Diafra Sakho chipped Simon Mignolet.

Those two goals rather stunned the visiting Reds who looked leggy after their midweek Champions League clash but they did get a goal back on 26 minutes, courtesy of a superb Raheem Sterling drive.

Int he second-half, the visitors pressed and pushed for an equaliser but ultimately it was West Ham who would score the final goal of the game when sub Morgan Amalfitano poked home late on.

Stewart Downing set up that final goal and the ex-Liverpool man was superb throughout as the Hammers claimed a win that moves them into eighth place. As for Brendan Rodgers and co, with three defeats in their first five games, life post-Luis Suarez is looking pretty tough.