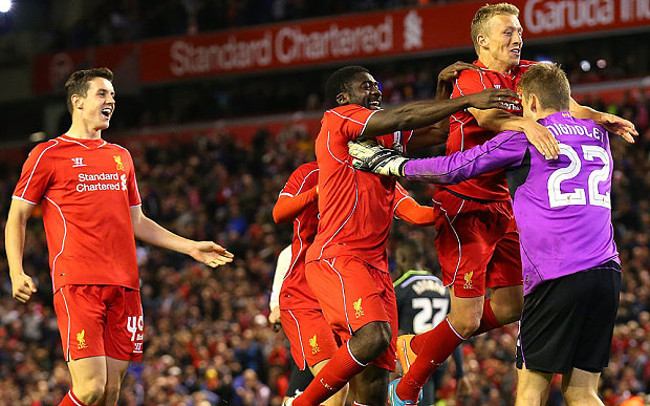 Seeing goalkeepers taking penalties in a shoot-out is one of the true pleasures of being a football fan and at Anfield on Tuesday night, both Liverpool and Middlesbrough duly obliged as well as giving us the mother of all spot-kick dramas.

With the score at 2-2 after extra-time, the sides proceeded to produce a marathon shoot-out, with both glovesmen Simon Mignolet and Jamal Blackman scoring. Ultimately, Liverpool would win the shoot-out 14-13, equalling the record set by Dagenham & Redbridge and Leyton Orient in the Football League Trophy in August 2011.

Poor old  Albert Adomah was the man whose miss ultimately handed the Reds the win, with his second shoot-out spot-kick going wide. Crazy!

Here’s the shoot-out details by the way… 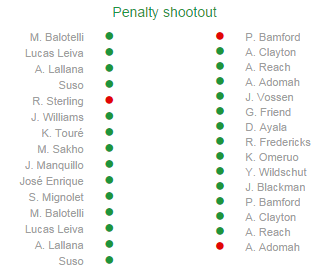