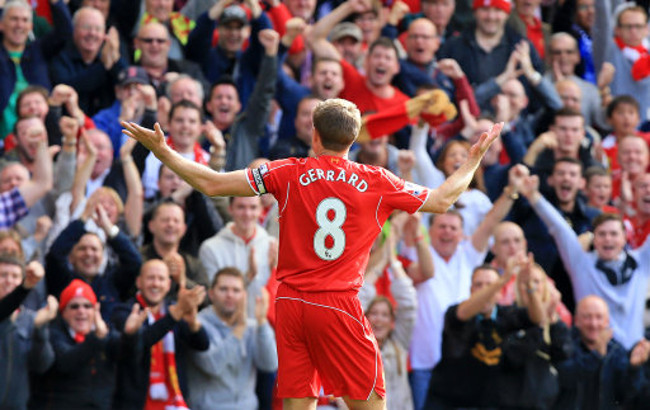 An injury-time screamer from the rather unlikely right peg of Phil Jagielka saved a point for Everton at Anfield on Saturday.

Liverpool had the better of the chances in a rather tepid Merseyside derby clash while both sides could have had penalties early on. However, after missing a number of chances, the Reds finally took the lead courtesy of a Steven Gerrard free-kick on 65 minutes, although Tim Howard arguably should have done better in the Everton goal.

The game looked to be headed for the home when when up popped centre-half Jagielka to rocket home a spectacular equaliser at the death.

The search for last season’s mojo goes on for Brendan Rodgers while Roberto Martinez will be well aware of his side’s disappointing start to the season, despite this point.