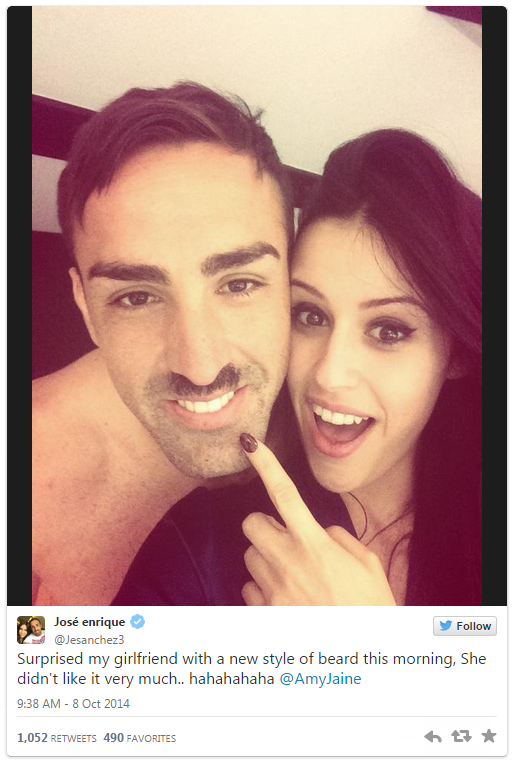 Poor old Jose Enrique has found getting game time with Liverpool this season quite a challenge. However, to keep his spirits up, the Spaniard has apparently been experimenting with different facial hair looks.

Enrique posted a photo of himself with an Adolf Hitler-style ‘tache on Wednesday, with the photo also featuring his other half.

Not surprisingly, the photo was taken down soon after although it’s hardly a major faux-pas, more a minor one, I think!