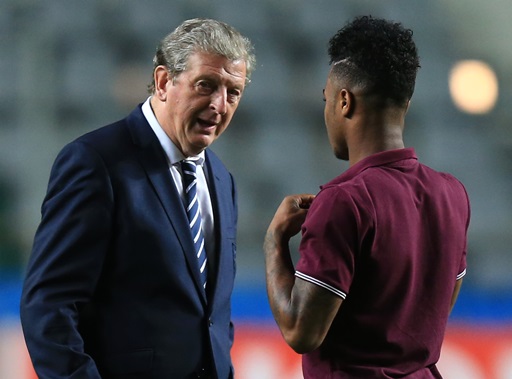 “But boss, it’s way past by bedtime already”

Raheem Sterling appeared to hit back at jilted England fans on Twitter last night after taking a barrage of flak for admitting he was “too tired” to start for Roy Hodgson’s side in their 1-0 Euro 2016 qualifying win over Estonia in Tallinn last night.

It emerged that Sterling was left out of the England starting XI in favour of Adam Lallana on Sunday evening after complaining of fatigue in training the previous day, with Hodgson confirming as much in a post-match interview.

“Raheem said, ‘I’m feeling tired, I’d rather sit this one out’,” Hodgson told BBC Radio 5 live after the game.

Sterling did feature in the latter stages of game after coming on as a 64th-minute substitute, but angry fans refused to cut him any slack – generally admonishing the Liverpool forward for his supposed lack of commitment to the cause.

However, the 19-year-old issued the following Tweet on Monday night, which seemed to be a subtle-yet-pointed response to all the griping…