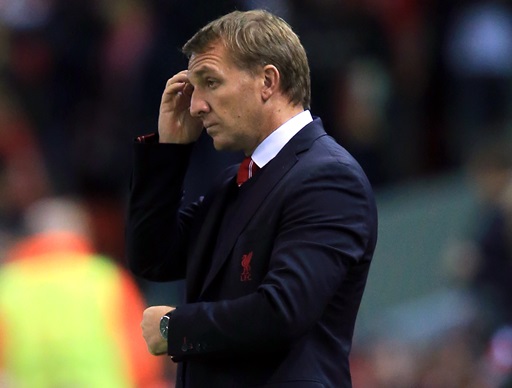 Losing to Newcastle is never a nice feeling, but it looks like the 1-0 defeat at St. James’ Park on Saturday was the final straw for one unusually melodramatic Liverpool fan, who has taken it upon him/her/definitely himself to mastermind the groundswell of a “Rodgers Out” campaign on behalf of his fellow Reds supporters.

The fan in question, known simply as @RodgersOutClub on Twitter, has obviously had quite enough of Brendan Rodgers’ stuttering and is now hoping to raise sufficient funds to broadcast his disillusionment at seeing his once- proud club languishing a full THREE POINTS off the Champions League places across the skies above Anfield during Liverpool’s upcoming game against Chelsea this coming weekend.

That’s right! He’s opting for the de rigueur weapon-of-choice for knee-jerk berks the nation over at the moment: the plane banner… 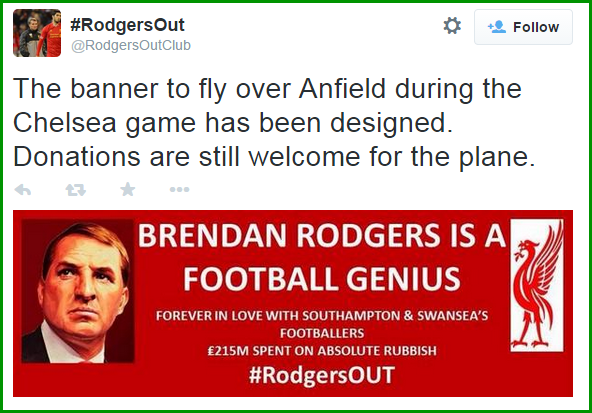 Any other club and we’d assume it was a spoof.

Seems like we’re doing this a lot at the moment, but…