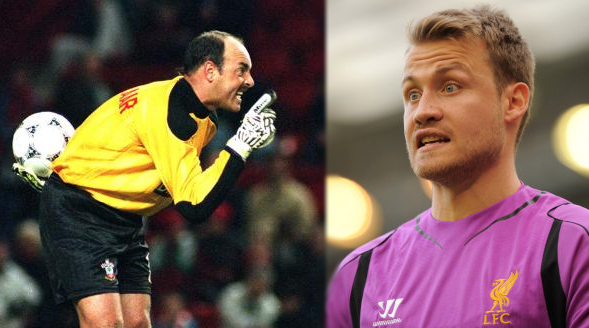 With all and sundry lining up around the block to bash Liverpool’s scapegoat-du-jour, Simon Mignolet, at the moment, it’s fairly safe to say that ex-Reds ‘keeper Bruce Grobbelaar has taken the award for the most baffling criticism of the slightly unfairly maligned Belgian stopper.

Grobbelaar, who tended goal for Liverpool throughout their glory days, has delivered a scathing verdict on Mignolet’s recent performances – branding the club’s incumbent No.1 as being “worse than Dracula”.

“I’ve likened Mignolet to worse than Dracula. At least Dracula comes out of his coffin now and then.

“He seems to stay on his line and that’s it.

“That whole area, not just the six-yard area, is the goalkeeper’s.”

Liverpool have conceded 18 goals in 12 Premier League games so far this season, sitting 12th in the table as a near-direct result.

Whereas Grobs definitely has a point about Mignolet’s lack of authority, it’s hardly going to help the Belgian’s confidence if club legends go around declaring he’s worse than an undead fiend who feasts on the blood of the innocent, now is it?

Still, we suppose it’s hard to disagree with a man who dresses like this…