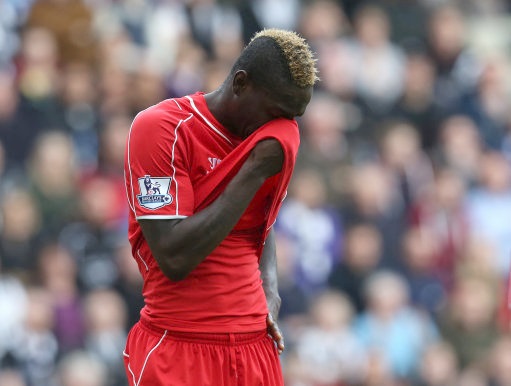 He’s never been the sharpest sandwich in the drawer, but Mario Balotelli has once again stirred up a hailstorm of completely unnecessary controversy by posting an offensive picture to his Instagram account.

The picture in question… 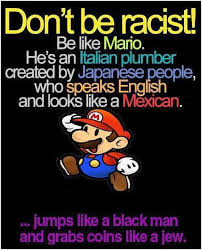 Much like Malkay McKay’s ridiculous text messages, it’s hard for Pies to imagine anybody of the various races, nationalities and/or religions mentioned being genuinely offended by such lightweight guff but still, that’s not really the point.

After deleting the post, Balotelli first hit out at criticism by replying on Twitter: “My Mom is Jewish so all of you shut up please.”

He then issued a full apology to anyone he’d inadvertently offended, claiming he was merely attempting to be “anti-racist” by using humour, Tweeting:

“I apologise if I’ve offended anyone.

“The post was meant to be anti-racist with humour. I now understand that out of context it may have the opposite effect.

“Not all Mexicans have a moustache, not all black people jump high and not all Jewish people love money.

“I used a cartoon done by somebody else because it has Super Mario and I thought it was funny and not offensive.

However, both his club and The FA have launched investigations into Balotelli’s social media faux-pas, with the latter also asking the player for an explanation.

Indeed, The FA have confirmed that they’ve contacted Balotelli to “ask for his observations” on his Instagram post, giving him until 6pm on Friday to respond.

As our pals over at Anorak put it so succinctly, it’s possible that a man who lets of fireworks in his own bathroom might not be the kind of person who thinks things through.

Just take their sodding phones off the lot of ’em, that’s what we say.