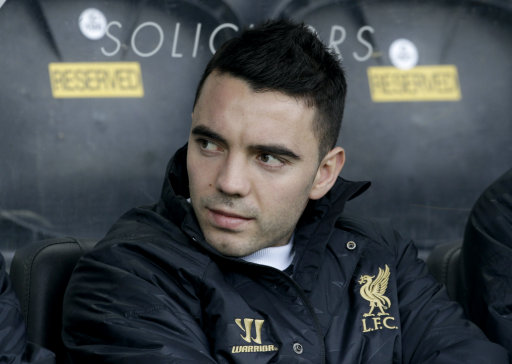 He couldn’t hit an aircraft hangar door at Anfield, but Iago Aspas broke Robbie Fowler’s record for the fastest hat-trick ever scored by a Liverpool player last night with a sub-four-minute, three-goal blitz against Sabadell in the Copa Del Rey.

Aspas, currently on loan at Sevilla, scored his first of the game in the 59th minute before going to notch again in the 60th and 63rd minute…

Sevilla beat the second-tier side 5-1 on the night, amassing a fairly convincing 11-2 aggregate victory overall.

As far as we know, the record for the fastest hat-trick still belongs to ex-Bournemouth striker James Hayter, who took just two minutes and 20 seconds to stick three goals away against Wrexham in 2004.