Who says Stevie’s already on the beach?

Stoke City have issued a warning to their fans about re-selling their tickets for the club’s final home game of the season against Liverpool after it emerged prices for Steven Gerrard’s farewell game have now passed the £2,500 mark.

With Liverpool fans desperate to see Gerrard’s 710th and final appearance for his boyhood side, tickets are currently selling online for as much as £2,646… 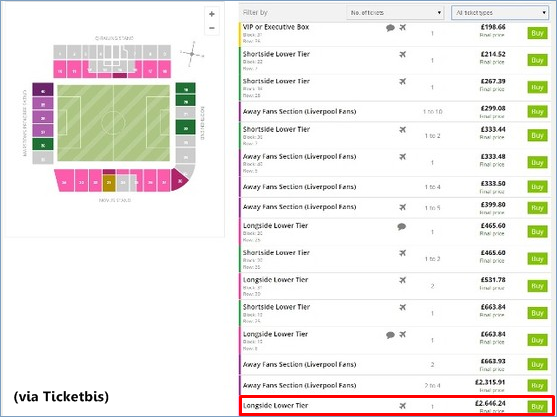 It should also be noted that the game will see both Andy Wilkinson and Thomas Sorensen potentially making their final appearances for Stoke too, so the clamour for tickets has been hyped even further.

As such, Stoke have politely asked their fans to not sell home tickets to away fans due to safety concerns – even warning supporters that they could be stripped of their season tickets and membership rights if they’re caught in the act.