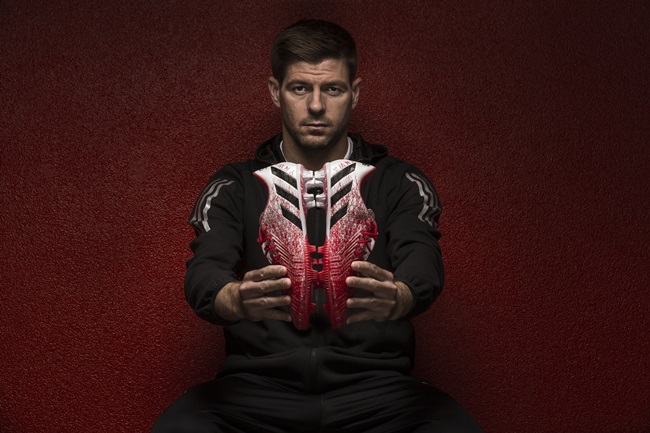 Not only is Steven Gerrard a one-club man, he’s also been a one-boot man for as much of his career as we care to recall – with a pair of trusty Adidas predators accompanying him through the various highs and lows of his 17-year career.

As such, Adidas are paying tribute to Gerrard’s years of loyal service by furnishing him with his very own pair of special edition Preds for his final appearance at Anfield against Crystal Palace tomorrow evening.

According to the Adi-blurb, the boots signify Gerrard’s “unbreakable bond” with the city of Liverpool and his loyalty to the football club that bears its name.

The red and white squiggles converge into a “YNWA” on the heel and the names of his kids have also been bunged in for luck.