The emotionally-charged entrance of Gerrard, in his final Anfield appearance for the Reds has already been covered by Pies here, but the game itself started with Crystal Palace the better side early on.

However, the hosts did take the lead on 26 minutes, with Adam Lallana slotting home after poor play from former Liverpool man Martin Kelly.

The Eagles did were rewarded for their good play just before the break, with the impressive Jason Puncheon firing past Simon Mignolet with a well-placed free-kick.

After the break, the visitors took the lead, with sub Wilfried Zaha netting from close range with his first touch after coming off the bench.

Palace’s third goal came after Lucas had fouled Zaha in the box, with Glenn Murray scoring at the second time of asking after Mignolet had saved his spot-kick. 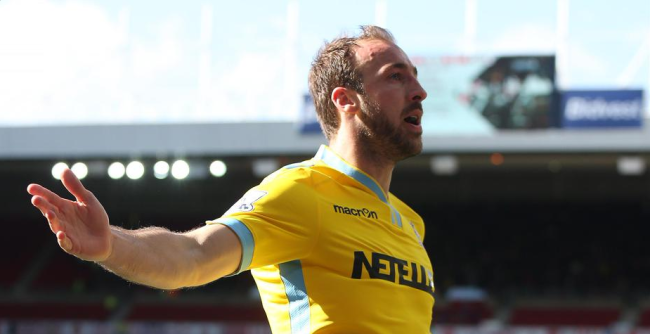 Not a great final Anfield game for Gerrard but one which highlighted just how much work Brendan Rodgers has to do in the summer.

The Reds are now just a point ahead of sixth-place Spurs with one game to play. Alan Pardew’s Eagles, on the other hand, are 12th, after a superb 2015.