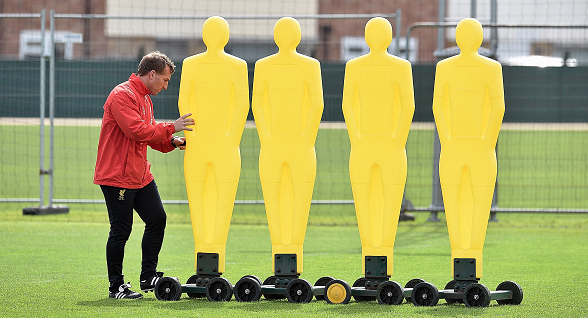 Liverpool fans will get at least one more season of Brendan Rodgers, a man whose ability to smug it out is unrivalled.

After a meeting with Liverpool chariman Tom Werner and owners’ representative Fenway Sports Group (FSG) President Michael Gordon, Liverpool have agreed on a “comprehensive plan for improvement”. The meeting was “positive and progressive”.

The talk is that James Milner, Danny Ings, Christian Benteke and Nathaniel Clyne could be arriving at Anfield in the near future. The Times says 29-year-old Milner has agreed terms with Liverpool after rejecting a more generous contract offer to remain on Manchester City’s bench. The paper adds that Liverpool are in the hunt for a new goalkeeper.

That would be five new players Rodgers would have to mould into the team in quick time. Given the £110million-worth of new signings bought last summer, the squad is not being short-changed in the club’s quest to move on from last season’s post-Luis Suarez mediocrity, when they were most notably out-thought by Aston Villa and Stoke City and the momentum of that 2013/14 season title-surge was lost.

Rodgers could once rely on Luis Suarez’s brilliance and flashes of inspiration to mask any lack of tactical nous. Last season, the plan seemed to be for Raheem Sterling or Philippe Coutinho to do the same. When they failed Liverpool looked tame, witless and disorganised.

New players bought in by the club’s data and value-driven transfer committee failed to gel. Rodgers remained verbose, talking and talking a good game, continuing to make baffling selections and fussing over details.

One thing Liverpool can move on is to colour-in the grey areas between ownership and management. The club’s structure seems messy.

What is expected of Rodgers? Obviously, Champions’ League qualification and a cup are the targets, but if Rodgers’ Liverpool fails to deliver one or both will be be sacked?

It would be useful to know how Rodgers is being measured and what part FSG consider they’ve played in the club’s slide from the Premier League’s top four.