Football industry experts Soccerex have named Liverpool’s wantaway attacker Raheem Sterling as the most valuable young player in Europe. The 20-year-old, linked with a move to Manchester City, tops the ‘Soccerex 20 Football Value Index’, which ranks players under 21 in Europe according to a whole list of factors including age, position, club, contract length, injuries and technical quality (all seems a bit made up to me).

Players are given a projected value, with chart-topper Sterling given a £34.5million figure, some way below the £50million Liverpool are asking for. 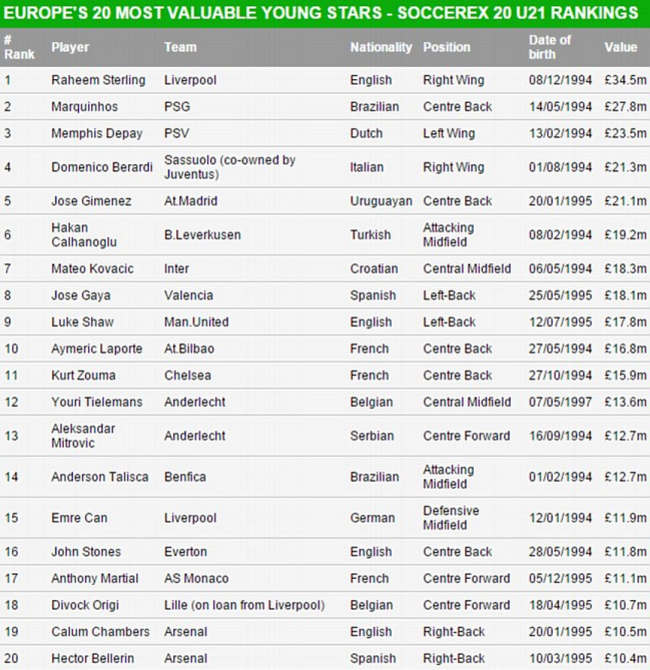