With Liverpool’s opening game against Stoke producing little in the way of excitement and with just five minutes of the goalless game left to play, Brazilian schemer Philippe Coutinho produced a bit of Samba magic. 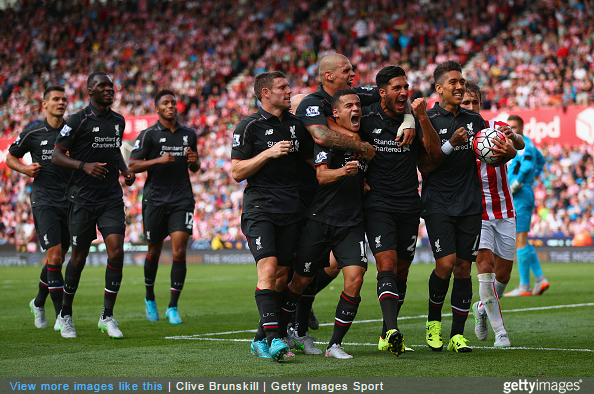 Picking up the ball halfway inside the Pottters’ half, the pint-sized playmaker fired home of a long-range rocket with left ‘keeper Jack Butland with no chance. The goal would ultimately secure a very welcome three points for the Reds, considering the 6-1 mauling they received at the Britannia Stadium last season.

What a hit son, what a hit… Take a bow Philipe Coutinho ! #lfc pic.twitter.com/rNUDT7UUCF