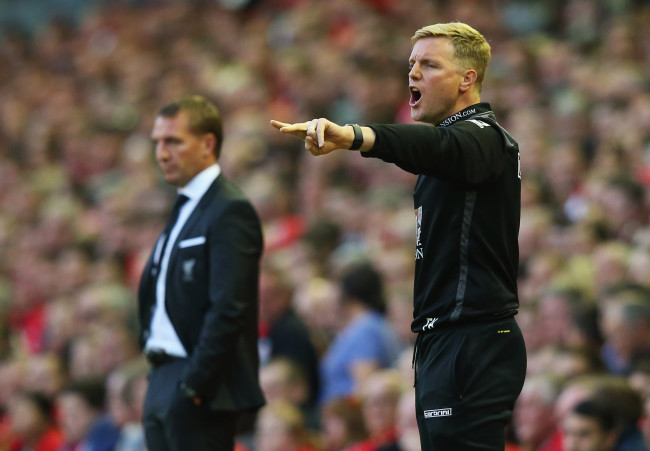 Chrisitan Benteke is delighted to have scored for Liverpool on his Anfield debut, tapping in from three-yards. Jordan Henderson’s cross was a good one, but Philippe Coutinho was in an offside position in front of Benteke and appeared to shift towards the ball. He was clearly offside. But it wasn’t given.

Welcome to the Premier League, Bournemouth.

#VIDEO Benteke goal that should have been disallowed for offside under the new rules. https://t.co/bb5LOwnngy

Bournemouth did stick the ball in the net, but the ref ruled it out for a foul. That decision looks harsh too…