Liverpool made it two wins out of two on Monday night, courtesy of a rather controversial 1-0 win against Premier League new-boys Bournemouth. 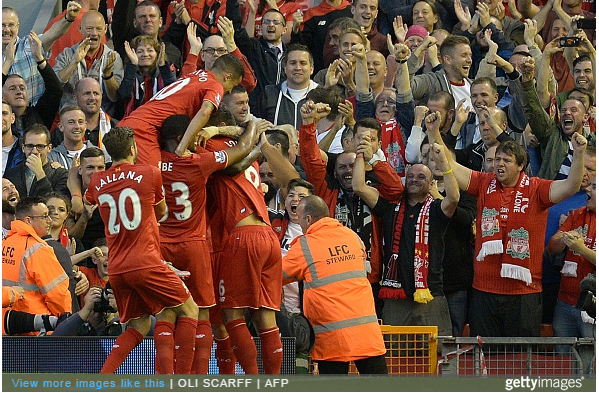 The hosts started to improve and eventually made the breakthrough on 26 minutes. A ball into the box from Nathaniel Clyne after a corner eventually found Christian Benteke, with the Belgian firing home from close-range. However, an offside Philippe Coutinho had also tried to reach Clyne’s pass, which should have nullified the goal under the re-interpreted rules. Yet the goal, controversially, stood.

Soon after, Reds’ captain Jordan Henderson hit the crossbar as the hosts looked to build on that contentious goal.

Then, just before the interval, Coutinho had a great chance to double his side’s advantage, only to miss the target when he really should have scored.

After the break, Henderson was forced off with an injury which Brendan Rodgers’ will no doubt be hoping isn’t too serious.

The Cherries did their best to get back into the game, with Matt Ritchie hitting the frame of Simon Mignolet’s goal.

Then, late on, Benteke had a chance to secure a brace on his home league debut, only to hit the crossbar from a Clyne cross.

However, the hosts held on to secure a deserved, if controversial, victory which keeps their 100% start to the season alive. As for Bournemouth, they are surely due a bit of luck.