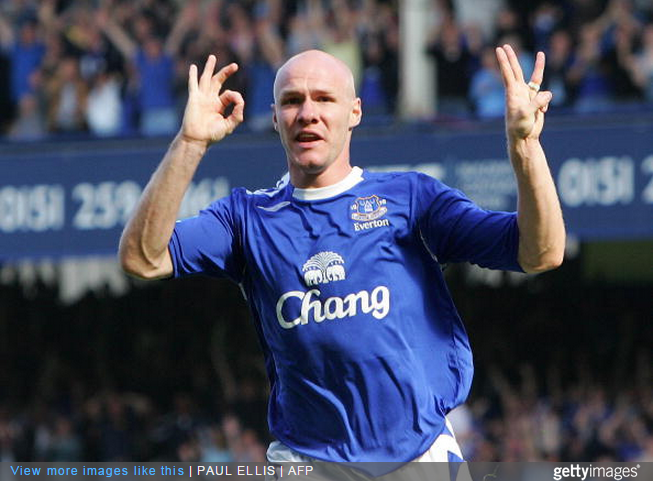 Everton’s flying start to the 2006/07 season went stratospheric with a convincing 3-0 derby victory over Liverpool – the 204th inter-Merseyside encounter in the canon.

The victory meant the Toffees had won three of their opening four games, while defeat left the Reds with a measly four points from their first three games.

Everton went a goal up 24 minutes into the first half when Tim Cahill slotted home from Leon Osman’s set-up. Roughly 10 minutes later, summer signing Andrew Johnson (pictured) raced clear to put a second past Pepe Reina in the Liverpool goal.

Liverpool’s Steven Gerrard twice hit the woodwork but his side could not force a breakthrough. Then, in the game’s closing stages, Johnson headed home a second (despite Reina’s best efforts!) to send the home crowd into raptures.

It was a famous victory for the Blue contingent of Liverpool. As for the Reds, their 17-game unbeaten run was well and truly obliterated as Everton celebrated the biggest win over their beloved neighbours in 42 years.

Indeed, the 3-0 victory also represented the first time the Toffees had scored three times in a game against Liverpool for nigh-on 40 years.

It was also the first time since 1909 that Everton had beaten Liverpool by three goals at Goodison.