Good old Harry Redknapp certainly isn’t short of an opinion. And on Wednesday at the Telegraph Total Football Live event, he had a right go at the current Liverpool team, describing them as “bang average”, despite a summer spending spree which saw the club spunk £78million on new players. 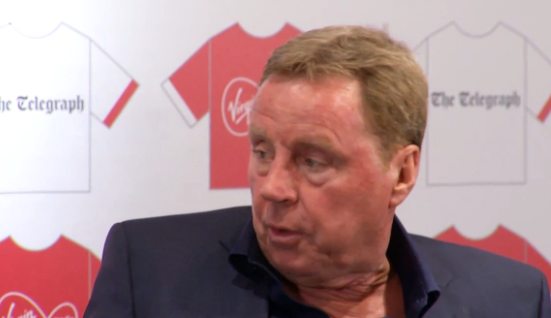 Here’s some of his musings on the Reds…

I don’t fancy Liverpool at all. I think it’s the worst Liverpool team I have seen in years. They look bang average. They are lucky to have any points.

Bournemouth should have beaten them, they got a wonder goal at Stoke. OK, they played all right first-half at Arsenal. I think they will do well to finish in the top five.

The former West Ham, Portsmouth and Tottenham boss also had a pop at Liverpool boss Brendan Rodgers and his reaction to Christian Benteke’s offside goal against Bournemouth, saying:

He comes on TV and they said, ‘What about the offside goal?’ and he said, ‘I haven’t seen it yet’. Can’t he say, ‘Yeah, it was offside but they even out’. These managers, you know? I’m glad I’m not one!

You can see the video of Redknapp’s rant here.

I think it’s fair to say that Liverpool fans can be a little over-sensitive at times, so expect Redknapp’s remarks to raise more than a few hackles on Merseyside (whatever hackles actually are). What a right cheeky Cockney sparrow is old ‘Arry, eh!