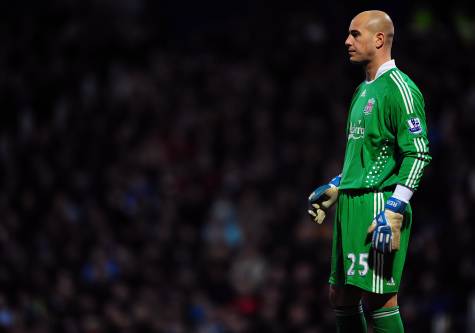 Liverpool ‘keeper Pepe Reina has signed a new looooong-term deal at the club.

Reina has put pen to paper on a new six-year contract that will replace his current deal and extend his Anfield commitments until 2016.

“I’m delighted to sign a new contract. It’s probably the best news of my life that I’ll be here for the next six years. Me and my family are really happy here.

It’s very important that my family love it here as well, as family life is just as important as my career.

To play for Liverpool is very special. I’ve been here for five years and now I will be here for six more and it’s very exciting.

I don’t know how to explain it really, but it is a feeling. I felt wanted from the beginning here. It is not always about being competitive or to be in the biggest club, but being at the right club”