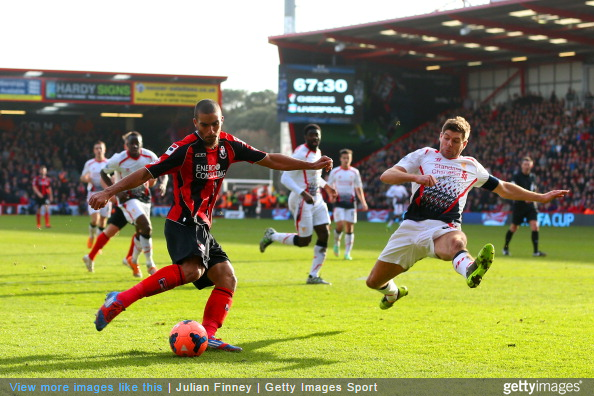 As well as revelations about his lack of rapport with Rafa Benitez, being “suicidal” after the slip against Chelsea and having the brass to turn down the starring role in that Nivea For Men advert, Steven Gerrard’s new autobiography contains a delightful tale of the time he required four stitches in a penis wound after Liverpool’s FA Cup tie against Bournemouth last season.

As the man himself recalls, in graphic detail:

The magic of the FA Cup was bloodied on the day my penis was cut and then stitched shut on an unromantic afternoon in Bournemouth last year.

It was eye-watering. I tried to close down a winger to block his cross but felt a stinging in my privates. I thought, ‘S**t — that doesn’t feel right!’ It was stinging like f***.

The gash looked pretty bad, right across the middle. There was plenty of blood. I needed four stitches and the lads were absolutely p*ssing themselves.

Thankfully, footage of the incident has been sourced, so you can imagine for yourself the hellish scene playing out inside Gerrard’s pristine white shorts…

Yeesh. Sincere apologies to all those eating (and quite possibly losing) their breakfast right about now.