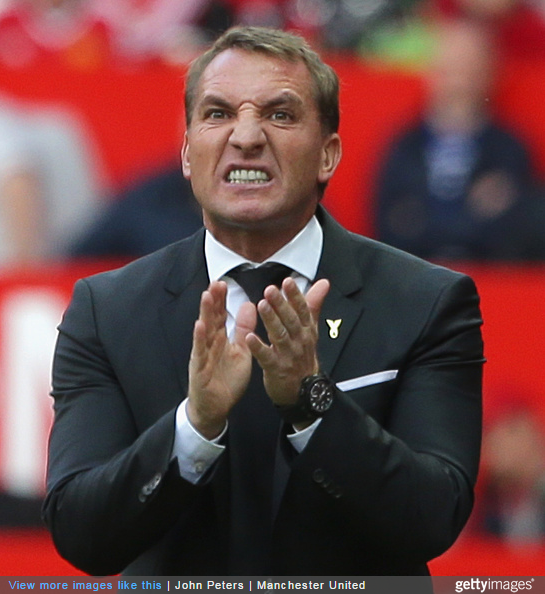 In the wake of Liverpool’s insipid performance in their 3-1 defeat against Manchester United at the weekend, one fan (among many others) has decided that when it comes to Brendan Rodgers and his guff, enough is finally enough.

Indeed, irked Reds fan Michael Gavin has set up a fund-raising drive to try and crowd-source the €10million (approximately £7million) he thinks it will require for the club’s owners, Fenway Sports Group, to buy-out the remainder of Rodgers’ contract.

Writing on his Go Fund Me campaign page, Gavin outlined his manifesto thus:

Brendan Rodgers time is up theres not much more of this insipid football anyone can take, from the horrific signings to the tired clichés used in the media week in week out enough is enough.

Its reported that it will take €10,000,000 to sack him so this page has been setup to show FSG that LFC fans are so desperate to get rid off him that we are willing to pay for his sacking.

Please donate whatever money you can and share this page across all your social media pages.

However, at time of writing (some 14 hours after the campaign went live), the coffers have received just one single €5 donation – thus proving that most Liverpool fans aren’t quite so militant about wanting shot of Brendan quite yet. 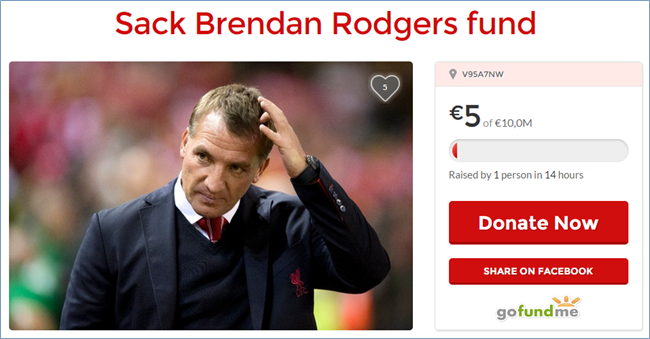 Either that or their not dumb/willing to chuck their hard-earned money at such a ridiculous “cause”.

Football fans are a curious bunch, aren’t they?