A mix-and-match Liverpool side could only draw at home to Swiss side Sion at Anfield on Thursday night, leaving the Reds still waiting for their first win in these season’s Europa League. 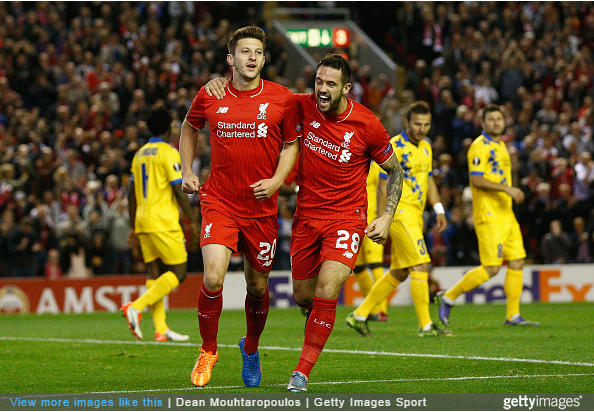 Set up in a 3-5-2 formation, the Merseysiders got off to the perfect start with Adam Lallana netting on four minutes following a cross from Divock Origi.

However, the lead lasted only 13 minutes for the hosts before Sion attacker Ebenezer Assifuah levelled the scores.

Liverpool created enough chances to win the win, with Belgian stroker Origi going close on a number of occasions.

Hauling off Nathaniel Clyne at half-time (with Alberto Morneo coming on), Reds’s boss Brendan Rodgers then set on Philippe Coutinho on the hour-mark (for Danny Ings). However, without Christian Benteke or Daniel Sturridge, the hosts struggled to find a cutting-edge to all their good work.

Ultimately, the game ended 1-1, a scoreline which leaves the Reds (who had an eye on the weekend’s Merseyside derby) second in Group B.