Four days after Brendan Rodgers was given the elbow by Liverpool, the club have officially announced that Jurgen Klopp will succeed the Irishman at Anfield. 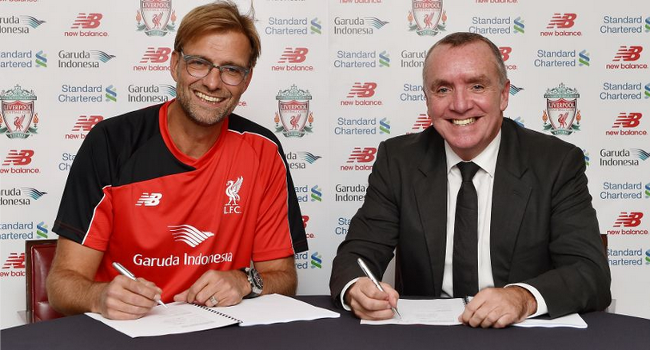 Klopp is likely to bring with him Zeljko Buvac and Peter Krawietz, his assistants from his Dortmund days while his £5million per year salary could rise to £7million based on bonuses.

Since leaving Borussia Dortmund at the end of last season after enjoying huge success, the 48-year-old has been linked to pretty much every big club in Europe, but now the Reds have got their man, courtesy of a three-year deal worth a cool £15million to the charismatic German. Here’s the statement released on the Liverpool website… 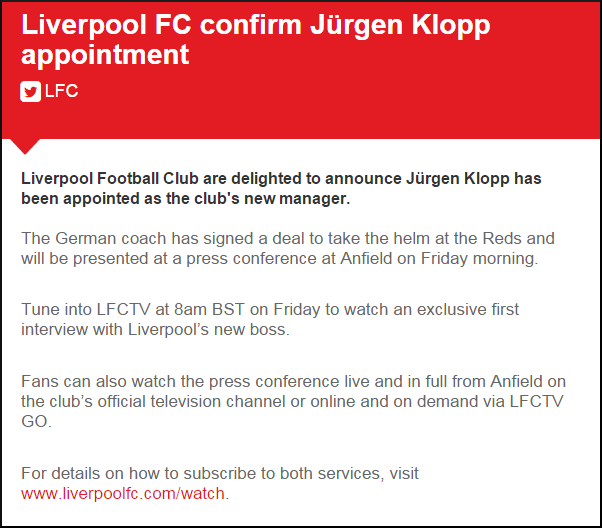 Considered to be one of the most talented coaches of his generation, Klopp still faces a huge challenge at Anfield, with the club currently way off providing a genuine Premier League title challenge, with even a top-four spot looking a big ask. Indeed, the hype and acclaim for Klopp will bring with it huge pressure to succeed, with no guarantees of success. Still, it should be fun no matter what happens!