Jurgen Klopp oversaw his second draw in a row since taking over at Liverpool, as the Reds failed to beat 10-man Rubin Kazan at Anfield. 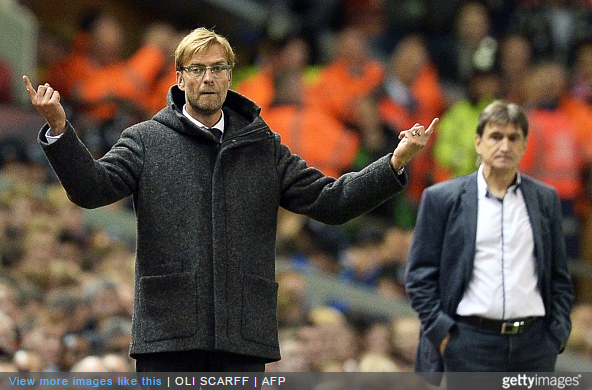 The hosts started well, with Emre Can firing just wide.

However, it was the visitors who took the lead after just 14 minutes, courtesy of a superb effort from Marko Devic.

Adam Lallana went close for the hosts as they looked for the equaliser.

On 36 minutes, the Reds were given a huge boost when Rubin Kazan captain Oleg Kuzmin was shown a second yellow for a silly foul.

Almost immediately after the sending off, Liverpool drew level, with Can netting from close-range after a free-kick into the box.

After the break, Klopp’s charges pushed for the winner, with Philippe Coutinho going close on more than one occasion.

Sub Christian Benteke then hit the woodwork late on as the Russians hung on.

But ultimately, Liverpool couldn’t make their extra man count in the second period, leaving both sides with a share of the spoils.