A second-half strike from youngster Jordan Ibe helped Jurgen Klopp to his third victory in a row as Liverpool boss, with the away win in Russia keeping the Reds’ Europa League campaign very much on track. 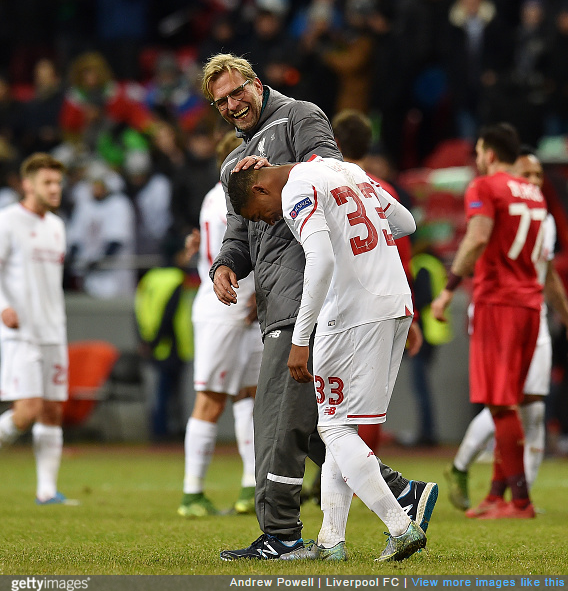 Klopp left Adam Lallana and Philippe Coutinho both on the bench, with Christian Benteke starting up front.

The Merseysiders started well, with James Milner hitting the frame of the goal within the first six minutes.

However, despite their dominance against a rather flat Rubin Kazan side, the Reds struggled to make it count.

Then, on 52 minutes, the breakthrough finally came, with teenager Ibe firing home from outside the box.

The visitors pushed for a second goal, with both Milner and Ibe again going close.

Late on, the hosts came to life but despite their pressure, they couldn’t get back on level terms.

The win sees Klopp extend his unbeaten start with Liverpool to six games, with the Merseysiders now second in Group B, two points behind FC Sion.