Liverpool secured a first home league victory for Jurgen Klopp on Sunday, courtesy of a drab 1-0 win against Swansea. 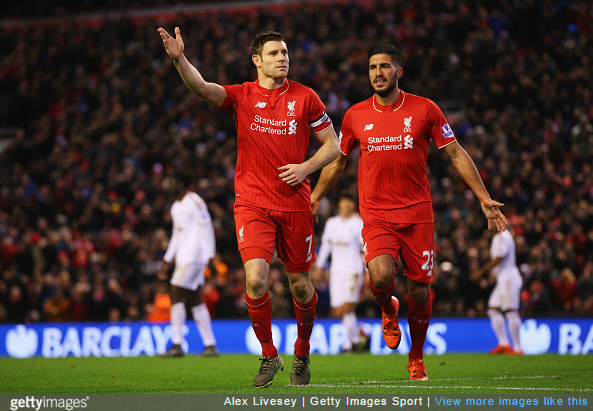 The Reds did start brightly, with Jordan Ibe going close. However, overall, the first period was a flaccid affair, with the Swans offering little in the way of a goal threat.

In the second-half, the one and only goal of the game came after defender Neil Taylor was rather harshly adjudged to have handled the ball from a cross into the box. Midfielder James Milner stepped up to fire home the resulting spot-kick in one of the few highlights in the game.

The visitors continued to struggle, with striker Eder and his replacement Bafetimbi Gomis both failing to provide a spark in attack. The hosts were given a huge boost by the appearance of captain Jordan Henderson, in a cameo role, along with a run-out for Daniel Sturridge. And ultimately, the Anfield faithful would get the three points they wanted.

The win, while hardly a vintage performance, moves Liverpool up to sixth in the table, just four points off the top-four. As for Swansea, they find themselves just four points clear of the drop-zone, as the pressure on Garry Monk continues to grow.