A Christian Benteke goal secured Liverpool all three points at the Stadium of Light in the last top-flight game of 2015. 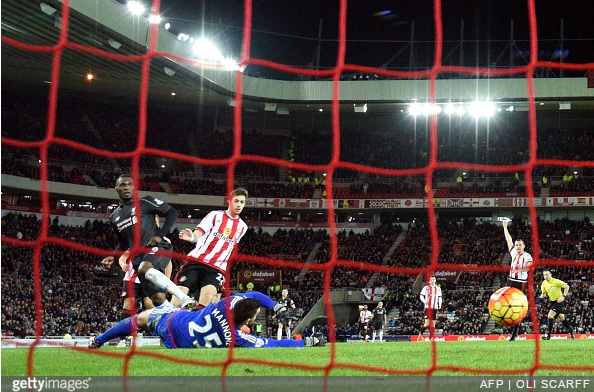 The hosts forced Black Cat’s ‘keeper Vito Mannone into a number of fine saves, with Brazilian attacker Roberto Firmino going close. However, Liverpool weren’t at their best, as they made hard-work of the victory. The one and only goal of the game came just after the break, with Belgian hitman Benteke firing home from an Adam Lallana pass.

Sam Allardyc’e strugglers pushed for a goal, with Jermain Defoe and Fabio Borini both going close. However, one again the Black Cats’ defensive frailties cost them dear.

Courtesy of the victory, Jurgen Klopp’s charges finish the year in seventh place in the table, level on points with Manchester United. As for Sunderland, they find themselves second from bottom, seven points from safety and with a huge mountain to climb in the new year.