Liverpool’s hopes of securing a European berth in May took another blow as they were deservedly beaten by West Ham at the Boleyn Ground. 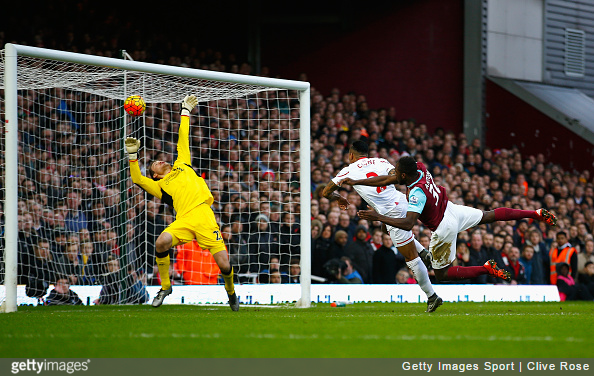 After just 10 minutes of play, Michail Antonio bagged the first goal of the new year, with the former Nottingham Forest winger heading home an Enner Valencia centre. The visitors looked off the pace throughout, with Christian Benteke struggling up front. However, just before the break, Emre Can did see his effort hit the frame of the goal.

In the second-half, the Hammers doubled their advantage on 55 minutes, with ex-Liverpool hitman Andy Carroll rising above Nathaniel Clyne to power home trademark header from a Mark Nobel cross. The Reds pushed for a goal and went close through Lucas and substitute Joe Allen, but overall the Hammers were well worth the three points.

The result sees Slaven Bilic’s charges leapfrop Liverpool into fifth place, with Jurgen Klopp’s side looking in desperate need of some January reinforcements.