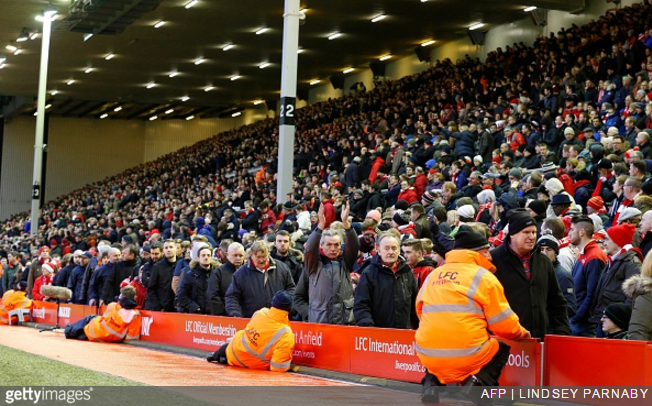 As you’re no doubt aware, the fact that they’re being vastly over-charged to attend matches is just beginning to dawn on English football fans the length and breadth of the country.

Indeed, Liverpool supporters made their feelings abundantly clear by walking out of Anfield en masse during the 77th minute of Saturday’s 2-2 draw with Sunderland in protest of the £77 they’d had to shell out to get in in the first place.

Stopped by The Redmen outside the stadium in the aftermath of the mass exodus, one Irish fan has become something of a figurehead for the revolt after delivering a fantastically frank sermon on the scandalous ticket price issue.

“It’s a working class city, they can’t be charging £77 a ticket,” the nonplussed supporter began, before launching into a passionate and painfully frank assessment of the whole debacle.

Just to warn you up top, the clip contains a fairly liberal dusting of industrial language…