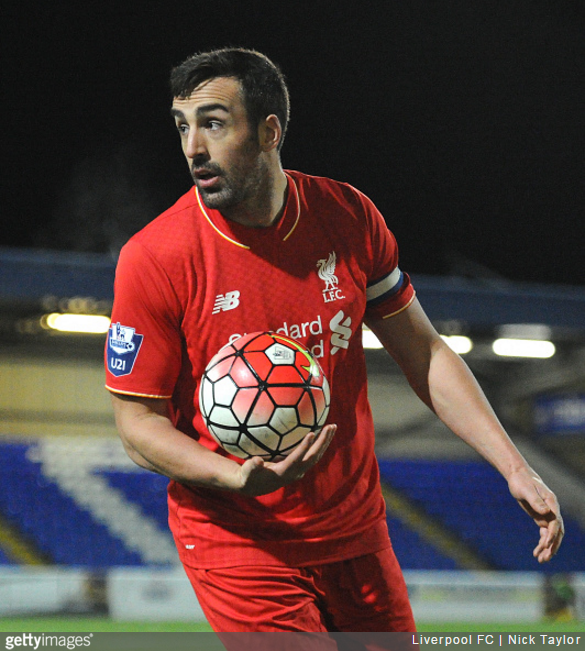 Will Jose have his head turned by Somerville College’s offer?

An Oxford College football team have launched an ambitious bid to sign Jose Enrique from Liverpool on a short-term deal.

The plan was originally proposed by student Sam Billington, who identified the Spanish full-back as a man who could definitely do a job for the Somerville College men’s side.

A motion has now been passed by the Somerville College JCR (the resident student body), who have cleared Sam to approach Liverpool and Enrique with a “three-month, pay-as-you-play” deal.

“@SomervilleJCR: meeting over, we’re signing Jose Enrique” Delighted to see that my motion to bid for Enrique passed in Somerville tonight!

Enrique has made just three appearances for Liverpool so far this season, all in the early rounds of the FA Cup.

However, Sam is confident that the experienced 30-year-old defender’s presence could help Somerville plug their porous back-four.

I strongly believe that Jose Enrique would be a fantastic addition not just to the SCFC squad but to Somerville as a whole.

Despite their current promotion push, Somerville has had recent defensive issues, conceding 15 goals in its last six matches.

With an upcoming crunch match which could turn into a promotion playoff against Hertford on the 4th March, we feel Enrique can provide competition for places in the squad and fill that gap.

He then went on to list “multi-talented” Enrique’s many, many desirable qualities – including his fondness for barbershop quartets:

He can play in many positions (keeping a clean sheet for Liverpool when forced in goal in 2012), he’s a natural leader (with a record of P1 W1 as Liverpool Captain), and having had a barbershop quarter perform at his recent birthday, would support Somerville’s already strong involvement in University A Capella Groups.

The plan is to cover Enrique’s wages by paying him in ‘Bop Juice’, which we’re reliably informed is a potentially lethal punch-style beverage frequently imbibed by the local student populace.

Here’s wishing them the very best of luck, though we can only assume the last time they saw Enrique play is 2011-ish.