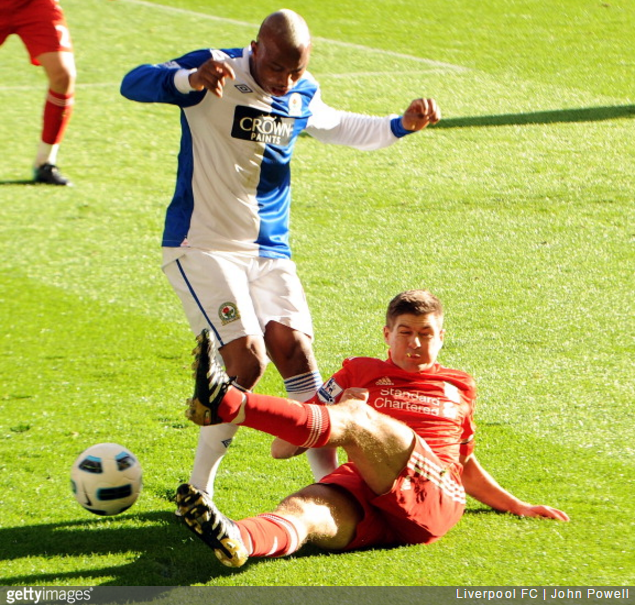 To be fair, it’s been a couple of months so we were probably overdue, but El-Hadji Diouf has delivered yet another sermon on why he’s bloody great and why Steven Gerrard and Jamie Carragher are both but inconsequential specks of nothing in the great football pantheon.

After labelling Gerrard “an egotist” and Carragher a “useless turkey” during an interview with a Portuguese radio station back in December, Diouf has spewed forth his latest expletive-filled diatribe while talking to So Foot magazine.

The difference between Jamie Carragher and me is that I am a world-class player and he is a sh*t.

The type of sh*t that writes a book and mentions me all the time. Me, in my book, he does not warrant one phrase: he’s a f**king loser.

Gerrard was next up, with the former Senegal striker addressing wild claims made in the ex-Liverpool captain’s most recent autobiography that Diouf might not actually be the greatest player to have ever graced a football pitch:

Do you think Gerrard means it when he says that El-Hadji Diouf is not a very good player? I carried the national team for many years, 14 million fans on my shoulders.

When we won, it was thanks to me, when we lost, it was my fault. What I represented for Senegal, he never managed 100th of that for England. He has never done anything in the World Cup or the Euros.

When I arrived at Liverpool, seeing as I just did what I wanted, he thought that I did not respect the club. But he downright killed his team by slipping against Chelsea.

If Liverpool has never won the Premier League, it’s no accident. What goes around, comes around.

Surprise, surprise. Diouf is the sole hero of his own anecdotes once again.

Give it a rest, son.