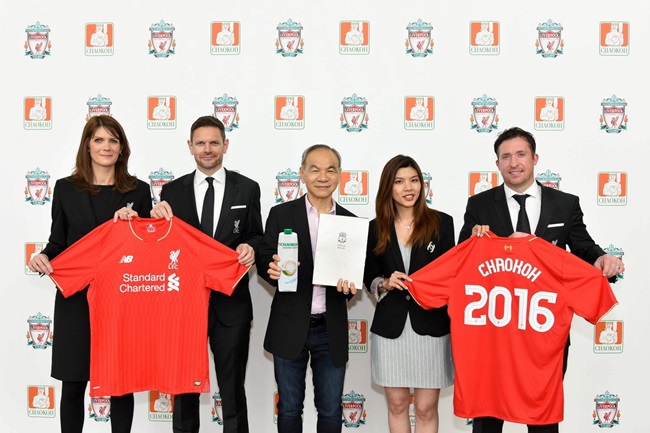 If you’ve ever wondered what Robbie Fowler’s ‘I’d-literally-rather-be-anywhere-else’ face looks like then wonder no longer!

The former Liverpool striker was on hand to help shore up a fantastic new commercial partnership for his old club.

After all these years being forced to go without, the Reds can finaly boast about having their very own “official coconut water provider”.

According to The Sun, Liverpool have struck a deal with Thai coconut water-mongers Chaokah (or more specifically their parent company, Theppadungporn Coconut Co.) that, among assorted other corporate benefits, will see the club’s badge appear on special branded packaging later in the year.

We have been the leader in the coconut-based food and milk products industry in Thailand for more than four decades.

It is the right and proper occasion to turn to the global brand.

Who could argue with that?

As well as being naturally low in calories and entirely cholesterol-free, Chaokah is supposedly an excellent hang-over cure – great news for Mr Fowler, who looks like he could use a couple of stiff ones.