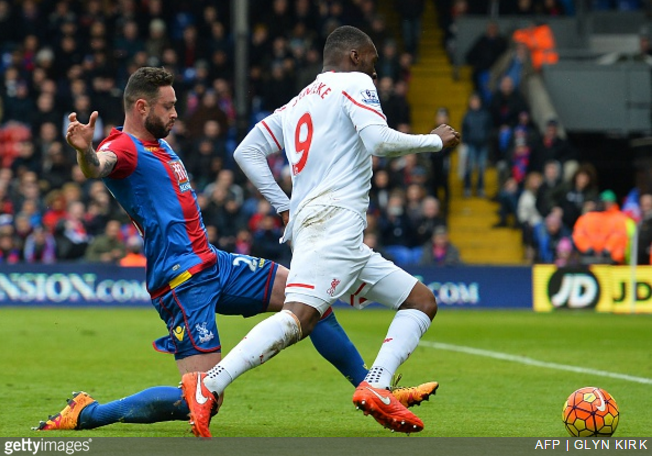 Another day, another bloody petition.

Indeed, one Crystal Palace fan was left sufficiently irked in the wake of Sunday’s controversial 2-1 defeat against Liverpool that he felt compelled to lobby the FA.

After watching Christian Benteke go a-sprawlin’ in the box to win a 94th-minute penalty, aggrieved Palace supporter Adam Greeves launched a Charge.org petition with the express intent of having the Belgian striker banned for his crimes against sporting integrity.

During the Premier League game on Sunday 6th March 2016 between Crystal Palace and Liverpool in the 94th minute Liverpool player Christian Benteke DIVED to con the refereeing officials to award Liverpool with a penalty which subsequently won them the game.

According to the football association or “FA” diving or “simulation” is against the rules.

We, fans of Crystal Palace, demand that the FA look into this decision and if found that Christian Benteke did simulate contact he should be banned for a number of games and Liverpool Football Club “LFC” to be fined 6 points at a minimum.

We understand that the result of the game cannot be changed but the FA need to come down on this sort of behaviour.

While we kind of agree in principle, the words ‘wind’ and ‘pissing angrily in the’ almost immediately spring to mind.

The sooner you give in and simply accept that diving is an entrenched and fundamental element of professional football these days, the happier we’ll all be.