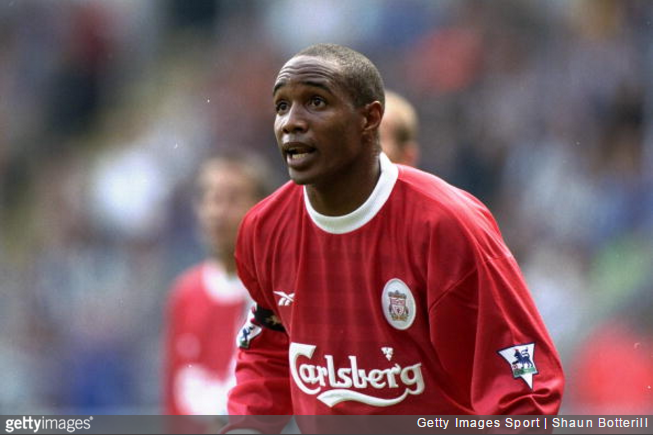 At the peak of his powers, Paul Ince represented several of the biggest clubs in European football, not to mention his country on more than 50 occasions.

Strange then, that the former Liverpool midfielder would name a serviceable but almost entirely unglamorous left-back as the finest player he had the pleasure of sharing a pitch with during his two-year stint at Anfield.

Speaking at a book signing in Norway (there’s your first clue), Ince was asked about the inordinate number of Norwegian players he played alongside at Liverpool between 1997 and 1999.

He replied by singling out Stig Inge Bjornebye for special praise, before – slightly surprisingly – going on to laud the unspectacular defender as the best player he ever played with.

He was not the greatest talent, the most skilful player, but he had something that many of the others lacked: the guts and attitude to do his job.

As decent as Bjornebye undoubtedly was, he was definitely one of those ‘solid 6/10’ full-backs that seemed so prevalent in the mid-1990s. Gary Kelly take a bow.

That said, Ince is a bit of a conkerbox at the best of times so who knows what he saw when he watched Bjornebye through those special cosmic eyes of his.