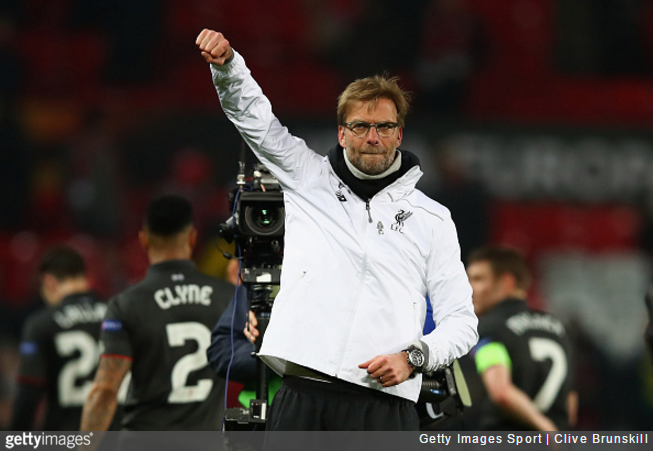 Liverpool’s reward for seeing off Manchester United in the last-16 of the Europa League is a quarter-final tie against Borussia Dortmund.

Who could have possibly seen that one coming? Jurgen Klopp is going back to the Westfalenstadion. The universe works in singularly un-mysterious ways some times.

For the record, all the quarters will be played on 7th (first legs) and 14th (second) of April.

Shout out to Sevilla, who have won the trophy every single time they’ve made it into the last eight.