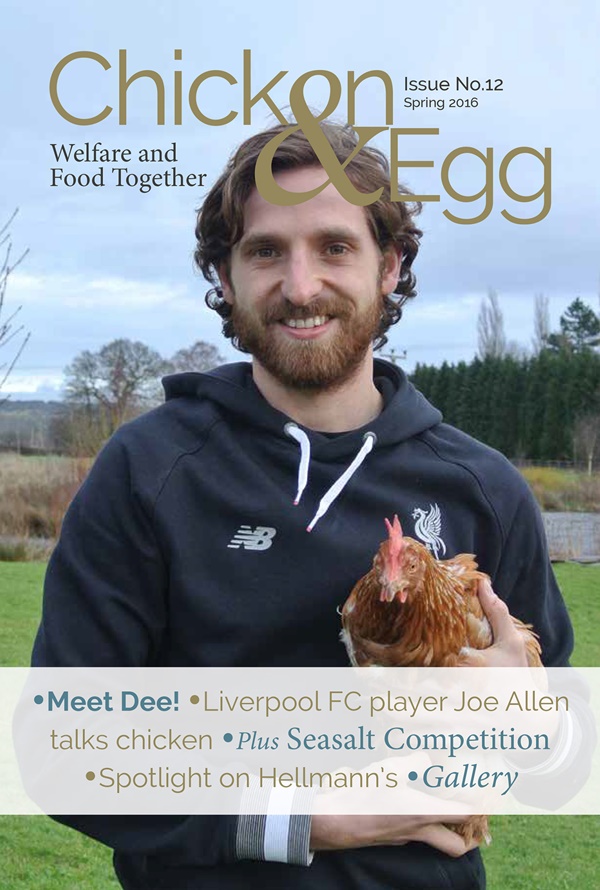 One player who shook the coop (Image: Chicken & Egg Magazine)

Rather than the usual pursuits of Xbox Live and tattoo sleeve-maintenance, professional footballer Joe Allen has revealed that away from football he enjoys nothing more than helping to tend to his chickens.

Gabbing away in the Spring 2016 edition of Chicken & Egg (a welfare and food magazine published by the British Hen Welfare Trust), the Liverpool midfielder proudly gushed about the 16 pet chickens he and his wife Lacey tend to at their family homestead in Wales.

Lacey was behind the decision. We both have an interest in animal welfare but she came up with the idea to save hens and I agreed it was something that would be great to do.

We didn’t have any hens growing up but wanted to help chickens after they finished their commercial lives.

We began with four hens but our flock has steadily grown to 14 hens and 2 cockerels.

The football can threaten to take over at times but spending time with my family and pets is very important to me so I always find a way to get the right balance.