The schedule for this summer’s fourth annual International Champions Cup pre-season tournament has been released, with shock Premier League leaders Leicester taking their place among the big boys of European football in a mouth-watering line-up.

The Foxes, along with Chelsea, Liverpool and Celtic will take part in the main competition, which will be mostly held in the USA, with the Blues and the Reds going head to head in Pasadena. Manchester City and Tottenham, on the other hand, will play stand-alone fixtures in China and Australia respectively, with City’s yet to be confirmed.

However, Claudio Ranieri’s Leicester will no doubt be rather pleased with the invite to join some of the biggest clubs in the world, with the high-flying Foxes set to take on Celtic in Glasgow, PSG in California and then Barcelona in Sweden. 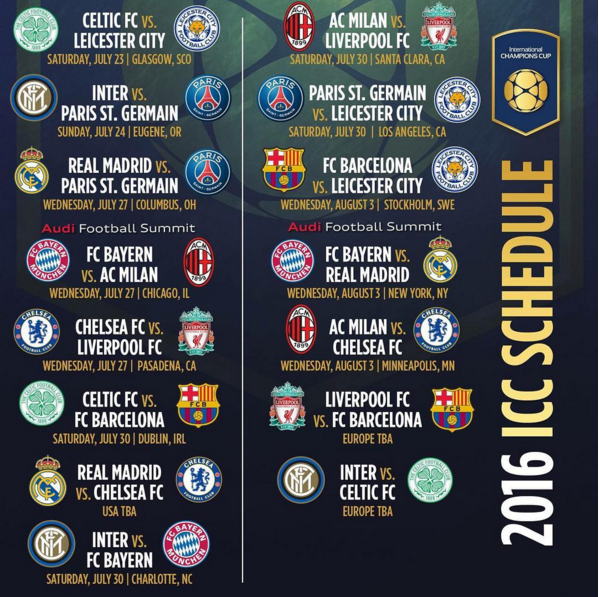 There are some rather tasty looking clash there, alright. However, with EURO 2016 also to fit in, expect a lot of fatigued players ahead of the new Premier League season, particularly those who are involved in Europa League qualifiers.