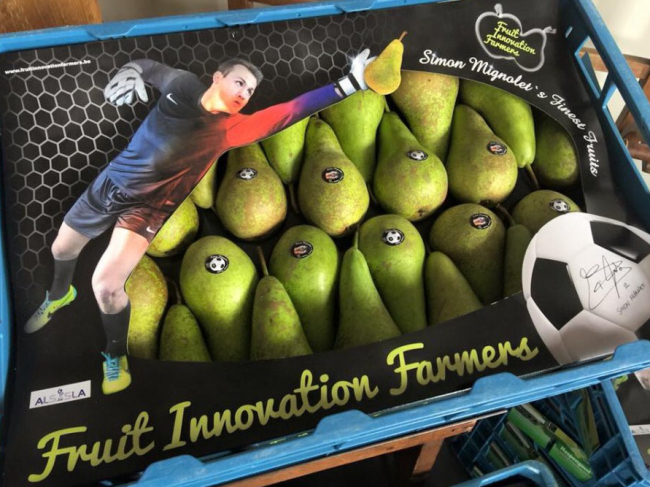 First it was Joe Allen with his chickens, now Simon Mignolet has become the second Liverpool player in quick succession to reveal a slightly surprising fondness of country living.

Hailing from the Belgian town of Sint-Truiden, famous for it’s fruit production, Mignolet has been only too happy to lend his image to a new line of ‘football fruit’, including pears and apples, produced by the local Fruit Innovation Farmers association.

Indeed, he definitely prefers the latter to the former if the following photos are anything to go by… 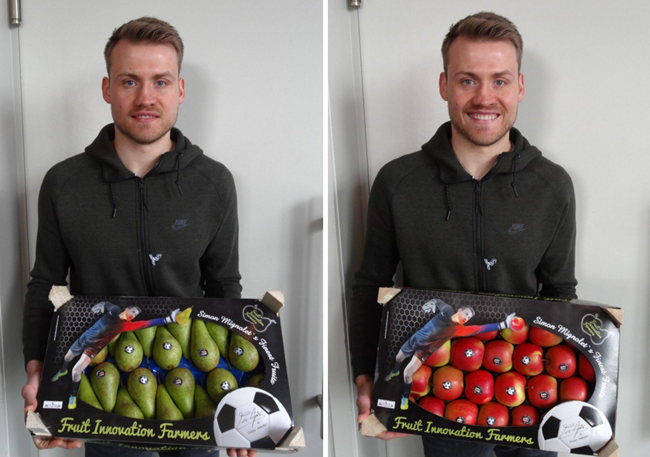 The sight of Mignolet’s face on crates of pears has been enough to utterly bamboozle several Liverpool fans, who have struggled to conceive of the concept of a professional footballer happily endorsing anything other than hideous crystal-studded luxury cars or gold-plated designer trainers, etc.

Most premier league footballers have deals with top brands. Mignolet has one with a fruit company… pic.twitter.com/OZZFOaVfje

Should that not have been butter? Butter fingers! Or prized plums?! #LFC pic.twitter.com/GJcAtQZiO2

Mignolet and pears. Allen and chickens. What is wrong with our players? #LFC pic.twitter.com/Rw1UBBFaws

And our personal favourite…

Yeah, bet he bloody does. The big fruit wanker.