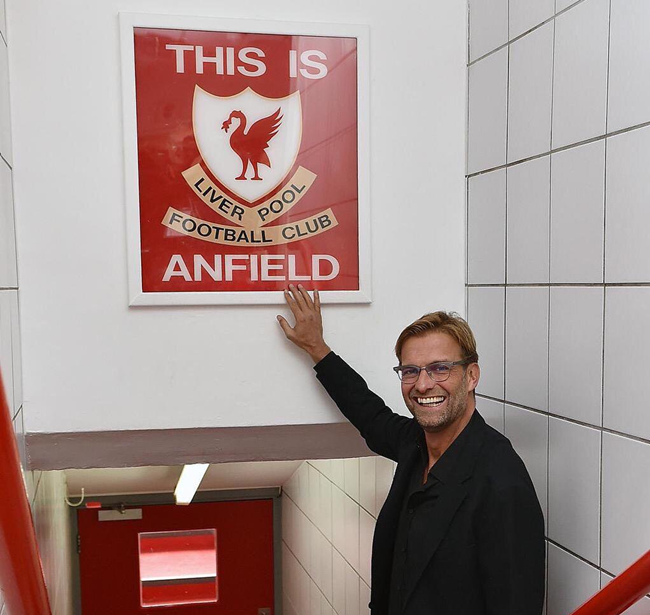 Jurgen Klopp has taken the express decision to ban his Liverpool players from touching the famous ‘This Is Anfield’ sign in the tunnel at the Reds’ stadium before games.

Klopp has told his team that they must earn the right to partake in the traditional pre-match routine by winning a trophy. Only then will they be worthy of the ritual.

“I’ve told my players not to touch the sign until they win something. It’s a sign of respect,” Klopp told the press after last night’s remarkable Europa League comeback against Borussia Dortmund.

Having just thrust themselves into the last four of a major European competition, the wait might just be over sooner rather than later.