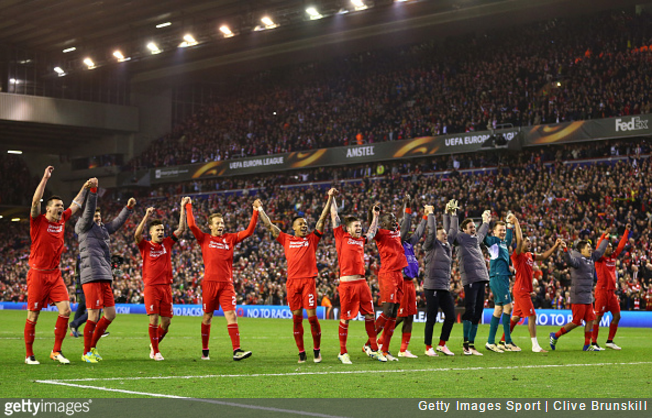 Having seen off Borussia Dortmund in spectacular fashion in the Europa League quarters, Liverpool now face a stiff two-legger against Villarreal – the tournament’s top scoring side – in the final four.

There’s definitely a ‘yellow submarine’ joke in there somewhere.

On the other side of the draw, Shaktar will almost definitely be going out to Sevilla, who have won the Europa League for the past five or six years (or thereabouts).

The semi-final draw in full…

The first legs will be played on 28th April while the second legs will take place the following Thursday (5th May).

As per the draw, the winner of the Liverpool-Villarreal game will be the ‘home’ team in the final in Basel on 18th May.