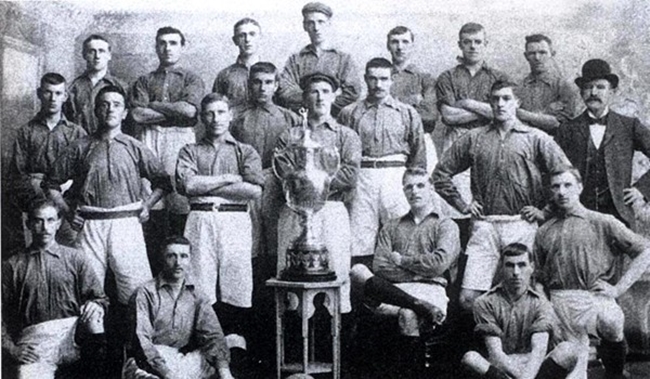 It’s perhaps fitting to end the week with a look back to 29th April 1901, and the day Liverpool FC got their hands on their first ever First Division league title.

The success was the first of 18 top-tier titles the Reds have subsequently gone on to win, making them the second most successful club in English football history – at least as far as the league is concerned.

That first victory was pretty remarkable. In mid-February, Liverpool were eighth in the table and seemingly slap, bang out of contention. However, a 1-0 win over Sunderland sparked a 12-match unbeaten run that rocketed the side to the top of the table and, eventually, the trophy in dramatic fashion.

The aforementioned match on 29th April was the penultimate game of the season, and Liverpool started the day in second place, level on points with Sunderland – who had completed their season five days earlier. If only the great god of television had been around to ensure all games on the final day started at the same time, eh?

To make things even better for the Merseysiders, opponents West Brom were already relegated. But even so, the Baggies put up quite a fight. Liverpool eventually ran out 1-0 winners, courtesy of a goal from John Walker. It was to prove the start of something big.