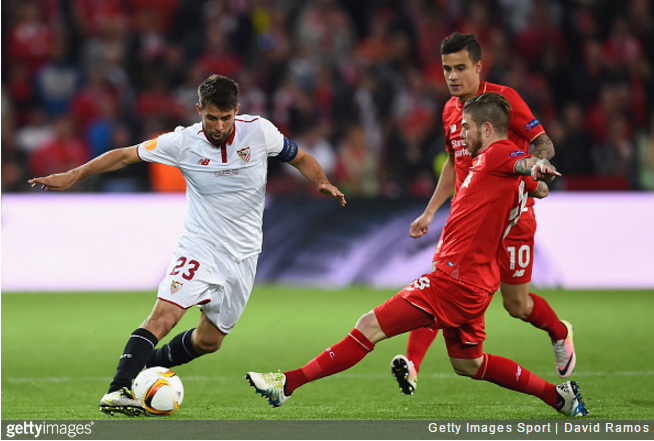 It seems you can take the boy out of Liverpool but you can’t take Liverpool out of the boy after all.

Liverpool’s 3-1 capitulation to Sevilla in last night’s Europa League final will have left millions of people angry and hurting worldwide. As Jurgen Klopp’s side came a cropper in the Swiss city of Basel, one Liverpool legend made his feelings known in a hastily-deleted tweet.

Former captain and defensive stalwart Jamie Carragher hit out at the club’s left-back Albert Moreno, after the Spanish defender was perceived to be at fault for Sevilla’s equalising goal as well as making a couple more hair-raising errors throughout the 90 minutes.

In a tweet that saw about as much daylight as an 1800s coal miner, the Sky Sports pundit let rip into the player urging “Jurgen, transfer committee, anyone sign a f**king left back.”

Whether it was the passion, a little booze or that heady mix of both that prompted his outburst will no doubt remain unclear, but it’s nice to see the sterile television studios and lame ‘banter’ haven’t dulled his passion.

Sevilla wrapped up their third consecutive Europa League trophy after Kevin Gameiro and a brace from Andujar Coke cancelled out Daniel Sturridge’s first half strike.