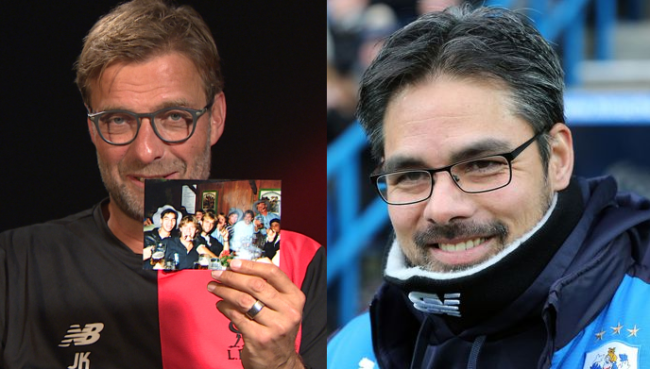 Liverpool’s pre-season friendly against Huddersfield Town on Wednesday night will see Jurgen Klopp pitted against his old chum, ex-Mainz teammate and former assistant at Dortmund, David Wagner, for the first time since the German pair made the jump to the English game.

Ahead of the grand reunion, Klopp plugged the game by digging out an old snap of the pair revelling together in their younger days.

Explaining the photo in an interview posted on Liverpool’s official website, Klopp said:

We played a few years together and we didn’t only play, we celebrated a few times!

This is David [on the left]. If you see him today you cannot believe that’s him and that’s me! I have a cigar in my hand but that was after the game.

When I was in Munich I remember playing against 1860 and it was a draw and it was one of my best games for Mainz.

Afterwards we went to the Oktoberfest, so it was a good night! 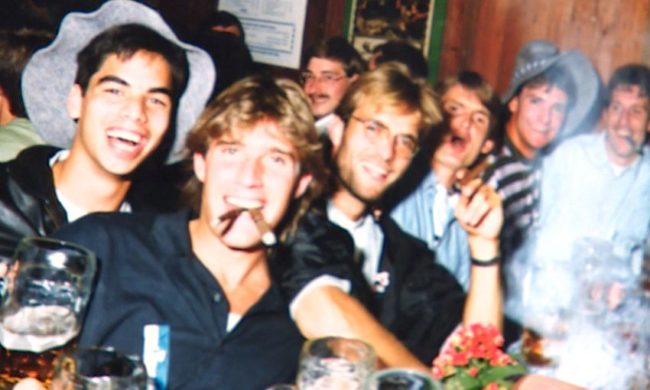